I am in shock . . . so much violence, so many names, so many families broken.

Every time, a part of me hopes the names are unfamiliar, even though another part of me realizes this means I’m wishing tragedy on someone else. I hate myself for that. No one deserves this kind of tragedy. But I suppose to some extent it’s natural. Self defense.

In the military, everyone knows tragedy is an occupational hazard. You have to accept that, make peace with it, distance yourself from it. Or you’ll go crazy. When you see the names, you grieve because you have a connection; because, on some level, you understand. You imagine they were good men and women - like so many you know - dedicated to a cause they believed in. And you grieve for the loss.

It was March, 2009. In a couple weeks, I would report for pre-deployment training and head off to do a job that excited, but terrified me. I didn’t know anyone where I was going. That scared me the most.

My phone rang. On the other end was a kind voice, belonging to Major JD Loftis. I’d never met JD. He also worked at Hurlburt Field, but our paths had never crossed. They may never have crossed, except that he saw my name on a list, saw that I, like him, had been assigned to serve as an Information Operations Officer on a Provincial Reconstruction Team in Afghanistan. He would also be reporting to training in April. He called to tell me that I wouldn’t be alone; that even though we’d never met, he’d be there to talk if I wanted to.

I don’t know if I ever told JD how much that phone call meant. I hope I did.

I hope he knew how I admired him. For his kindness, of course, which oozed out of him because that’s just the kind of person he was. It oozed through the phone line that day in March and into pre-deployment training, where we met the first day and I felt immediately comforted by his presence. Kindness followed him to Afghanistan, where we shared stories and ideas from across the country. He was never too busy to check in, to see how I was doing. Nine months later back at Hurlburt Field, JD's kindness continued. I still have the note he sent congratulating me on my military separation and wishing me luck.

I admired JD for his intelligence. He spoke fluent Pashtu, which allowed him to interact directly with the Afghan population rather than working through interpreters like the rest of us mere mortals. I witnessed his skills at training, saw the way the “role players” raised their eyebrows, impressed. But he wasn’t out to impress. JD was eager to learn all he could about Afghanistan and Pashtun culture. He wanted to understand the locals, wanted to help them understand us. He wanted to make a difference. That’s why he volunteered for the deployment.

I admired him for his dedication, too.

We had been back from Afghanistan for a while when JD called me again. He told me he'd been assigned a position with an elite group of senior military and civilian advisors focused on understanding the language, culture, and complexities of Afghanistan and Pakistan. I don’t remember if he volunteered for the position, but he was excited. And he was perfect for the job.

It was a job that placed him in the Afghan Ministry of Interior in Kabul last Saturday, where, in the wake of protests over American troops' burning of religious materials, an Afghan man shot JD and Major Robert Marchanti at close range. Both men died of their wounds.

In a time like this, there are no words. No logical explanation for how JD’s passion and dedication, his commitment to making a better world, could result in his death. Nothing to offer his wife and two daughters other than thoughts and prayers. Nothing to comfort the Hurlburt community, which, as home to Air Force Special Operations Command acknowledges a greater risk of tragedy than most, but still feels the stabbing pain of every loss – and has been stabbed five times this week.

Perhaps it’s human nature to jump to political conclusions, to make lofty statements that "we shouldn’t be there" and "it’s time to leave." To get angry that the only discussion of war in the Presidential campaign is its impact on national debt.

But JD and his fallen comrades deserve more than that.

Remember them for the men they were: good men, dedicated men. And so much more.

UPDATE:
On Jan. 17, 2013, a radio station in Qalat was completed and dedicated to JD.
On Feb. 25, 2013, the U.S. Air Force Special Operations School dedicated the Loftis auditorium in honor of JD.

Two reminders of the legacy of a great man. 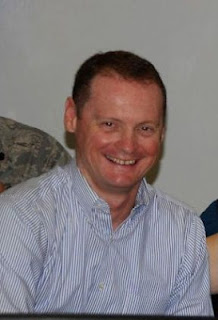 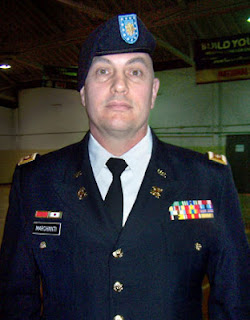 In Memoriam: A Few Good Men

Ryan Hall was a good man. I know this because he was loved by some of the finest people I know; the kind of people to whom I say, “A friend of yours is a friend of mine.” So Ryan was my friend, too.

I didn’t know him well, but I always enjoyed his company. He was funny, snarky. A “typical pilot” in some ways, but you didn’t have to dig too deep to get to his softer side. He complimented me on my glasses on a night I was feeling less-than-pretty. Once, he talked me through a personal problem – in a bar, no less. I guess he wasn’t one to let circumstances dictate actions. I guess that was the Ryan way.

Last summer, one of my best friends got married. Ryan was supposed to be in the wedding. But he was otherwise occupied, over the desert of Africa or Afghanistan. His presence was missed; I’m sure he knew that. I’m sure he knew he was a good man. I hope he did.

I hope he’s remembered as a good man, and as a hero.

Some gave all.
Posted by Lauren Kay Johnson at 6:34 PM No comments: