Sometimes I look at old pictures. Sometimes I listen to songs – you know the kind, the ones that “take you back.” Sometimes I grab a pint of ice cream and a box of Kleenex and put on the saddest movie in my chick flick collection. Sometimes, like today, I dig through articles and watch videos honoring men who died too soon.

Because sometimes I just need to cry.

Sometimes they keep me up at night – spiraling memories and should-have-beens. Sometimes I shut them out, tuck them away again on the other side of Sometime, and drift into happier dreams. Sometimes I summon them, to trace the outlines of a friendly smile, an eye roll, an early morning jog, a final salute to a passing hearse.

Because sometimes I’m afraid that if I don’t remember, no one will.

Sometimes I write. Sometimes my pen hovers over blank pages. Sometimes the words flow freely – into a tribute, a memory, the everything and nothing I can give.

Sometimes I just need to cry.

Maybe someday I’ll be able to remember without being sad. Maybe I won’t. But maybe that’s okay. 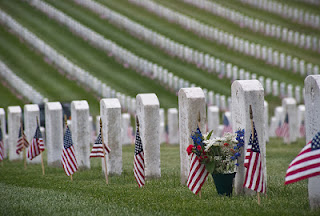 Sweet! Tom Hanks has my back

I. AM. SO. EXCITED. And not because I just went to SeaWorld and got to pet a dolphin. (But that was pretty cool.) I’m excited because there is FINALLY a high-profile movement to encourage veteran support and civilian education on unique veterans’ issues.

By high-profile, I mean names like Tom Hanks, Bradley Cooper, Alec Baldwin, and Sarah Jessica Parker. Remember that “6” pin Mr. Hanks was sporting at this year’s Oscars? Me either, but he had one. Now a whole slew of celebrities are following suit.

The pin stands for “Got Your 6,” a military phrase that means, “I’ve got your back, and you have mine.” The Got Your 6 campaign is a joint effort between the entertainment industry, government entities, and non-profit groups like the USO, the Pat Tillman Foundation, and Iraq and Afghanistan Veterans of America (whose tagline is, fittingly, “We’ve got your back”).

Got Your 6 focuses on six pillars of veteran reintegration into the civilian world: jobs, education, health, housing, family, and leadership. Beyond providing direct assistance to veterans in these realms, which the campaign does through partnerships with other organizations, Got Your 6 aims to “change the conversation in our country regarding veterans and military families” – to connect civilians and make them comfortable with military culture, and to ultimately guide people in understanding how to show respect and appreciation to veterans (gotyour6.org).

The ultimate goal, as model/actress Brooklyn Decker stressed, is action. The "campaign is about more than just awareness, it's about actions and results," she said.

With the smallest military in this nation’s history, there is a dangerous divide between the military and civilian communities. Like I addressed in my last entry, this chasm breeds misunderstanding and misinterpretation. Neither side can make progress if we’re operating in separate bubbles. We can only move forward together, we can only come together through mutual understanding, and mutual understanding can only be achieved through education and open communication.

That’s what Got Your 6 is seeking to activate. You’ll see it, hear it, soon. Everywhere.

Part of me feels frustrated that celebrity endorsement is needed to garner the attention this longstanding issue deserves. The fact that veterans risk their lives to serve America should inherently warrant the reciprocal support of the American people – especially because this is an all-volunteer military that has borne the burden of the longest sustained conflict this country has ever faced. But I understand the influence Hollywood has and the leverage their participation provides, and I appreciate the efforts of the entertainment industry, which is often at the opposite end of the spectrum from anything military-related.

The bottom line is, we need help, and we need it now.

Got Your 6 was officially launched Thursday, in the wake of April 2012, a month when the Army reported 27 suspected suicides; and on the heels of the May 7 decision by a California federal appeals court, in a 10-1 vote, to dismiss a case filed by veterans’ rights groups demanding better mental health care from the Department of Veterans Affairs.

Got Your 6 is so cool that I’ve added it to my links bar over here à
Posted by Lauren Kay Johnson at 6:16 PM 2 comments: 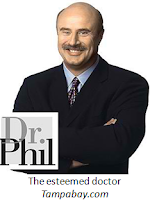 On either end of the spectrum, the ones who suffer are the veterans. And they have suffered enough.
Posted by Lauren Kay Johnson at 5:58 PM 1 comment: