On the next decade

Well hello, Blogosphere. It’s been a while. 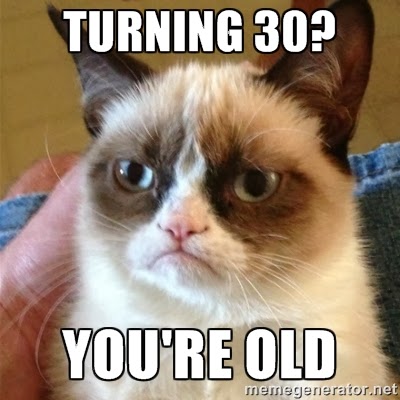 My 20s were fine, but they were messy. There were the typical growing up things: going to college, getting my first full-time job (for which I felt sorely unprepared), living on my own, suffering through more than one broken heart. There were things that on the eve of my 20s I couldn’t anticipate: moving across the country not once but three times, running a marathon, buying a condo, going to war, needing therapy.

I know these struggles are not unique to me. Our 20s are inevitably a time of transformation—from our social circles, to our professional lives, to our priorities, right down to our brain structure. But I think these issues are intensified in a military environment—and/or when you leave that environment.

I signed my military contract at 18. For the next four years, I was a college student, but mostly I was an ROTC cadet. I was held to the standards of conduct and grooming commensurate with my position as a soon-to-be Air Force officer. Because we spent so much time together and because, for the most part, we shared similar values, my ROTC classmates became my best friends. ROTC activities (both official and unofficial) dictated my social life.

After I commissioned, the Air Force moved me across the country—about as far as one can move from home without crossing an ocean, from Seattle to the Florida panhandle. Again, this is not an entirely unique situation, but the military transition is unique in that it serves as a half-step of sorts toward independence. I was living on my own for the first time, but I had assistance finding a place and a housing allowance once I did. I was in an unfamiliar area, but I had a whole city of a base to fulfill my basic needs. I knew no one, and though as a young, single female officer in a small unit it was harder to meet people in my demographic, it was easy enough. (I may or may not have stalked every female 2nd Lieutenant in the base’s network and sent a mass email about getting together for dinner…). I didn’t need to stress over what to wear in the morning.

A military base is a strange microcosm of real life. At once intimate and segregated. The learning curve is steep because the stakes are high, yet always governed by rules, regulations and routine.

Most strikingly when it comes to the tumultuous 20s, as a servicemember, you must internalize the values of the military. You must talk the talk and walk the walk, because everything you say and do reflects on the military. As a public affairs officer, where my job was to promote support for the Air Force, I—rightly or not—took this to the highest level. I drank the Kool-Aid. The Air Force ideology became my ideology. The badge on my uniform all but declared me [Property of] U.S. Air Force.

Then I deployed and gained exposure to other ways of thinking and to the shortcomings of the ways I’d adopted. Isn’t that what your 20s are about? Gaining perspective? Learning and growing? Sometimes it comes gradually, through a natural progression of experiences. Sometimes, it metaphorically whaps you in the head with a 2x4.

My one-size-fits-most military persona was shattered. Shortly thereafter, my contract was up and I re-entered the civilian world. And all those things the military had cushioned for me during my last “coming of age” were no longer there. I didn’t have a career trajectory set out in front of me. I half-heartedly applied to a few jobs in the PR field, which seemed safe and logical but unsatisfying. I took a leap and followed a dream and applied to grad school to study writing (because an English major wasn’t financially unviable enough).

I moved across the country. Again. But this time I didn’t have military movers to help, just my parents and seven suitcases and a series of hiccups in the condo sale and a very patient lawyer and a hotel an hour away and a hostel downtown and the couch of a generous grad school classmate who thankfully didn’t think I was a homicidal maniac.

I spent hours trying on different outfits, trying to figure out what style suited me (anything 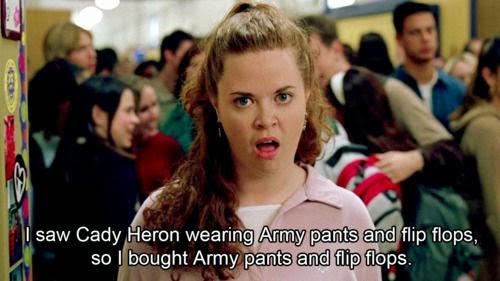 but camo and combat boots was fair game!). I was self-conscious as a non-native New Englander and a non-traditional student, and had to constantly remind myself that I didn’t need to censor what I did or said—that autonomy was both liberating and terrifying.

Despite the marvel of Google maps, I got frustratingly lost in my new city. Boston felt enormous and crammed with people, yet I struggled to connect with anyone outside my grad school classes. I tried on-line dating and seriously considered joining a convent.

But in the big enormous city I also discovered the wonder of freedom. I could be anonymous. I could be a student, I could be a veteran, I could be a hermit-writer-cat lady, or all of the above. With my new wardrobe, I could chose to stand out or blend in. In class, I could listen to lectures and feedback, take time in forming my own opinions, and present them how and when I chose. I could speak my mind. Or not.

It’s finding our individual windows of freedom and getting comfortable there, I think, that our 20s are all about. With is prescribed structure, the military complicates that process. But I also credit the Air Force for shaping my window with a breadth of experience and contact with people that helped move me a few steps closer to answering that elusive “Who am I” question.

I’m starting this next decade with a pretty good idea.
Posted by Lauren Kay Johnson at 9:31 PM No comments: