$h!t the military taught me

I recently took a rite of passage to adulthood: I got a job in retail. Contrary to the warnings of many of my peers (who completed this rite years ago), I’m actually really enjoying the experience. Sure, customers can be picky, rude, and ungrateful. Sometimes it’s hard to keep smiling and stay cordial. But I appreciate being pulled from my solitary writerly cave and into daily social interaction. It’s refreshing to focus on something completely different. My coworkers are awesome, and meetings always involve pizza.

Not counting internships and work-from-home gigs, this is also my first job since leaving the service. Working in the “real world” has helped me realize many of the lessons I took from my time in the military. 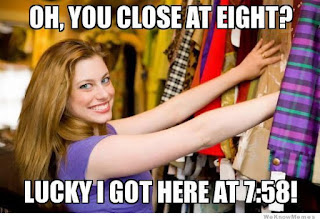 I used to be perpetually late, regardless of what time I was supposed to arrive (but especially in the morning), where I was going or for what purpose. I didn’t mean to be late. I’d give myself ample time, I wouldn’t dawdle; I’d just hit a time warp and suddenly need to leave five minutes ago. In my college freshman English class, I was downgraded from an A to an A- because I had too many tardies. (The classroom was in the building next to my dorm, and the class started at a very reasonable 10am . . .)

The military beat lateness out of me.  Mornings were popular. Schedules were tight, and delaying a meeting or sneaking in late risked earning the commander’s wrath. Though a tad hyperbolic for my line of work, I took the saying to heart: “If you’re early you’re on time, if you’re on time you’re late, and if you’re late you’re dead.” Anyone who knows me knows I’m still not a morning person. But I can rally if I need to. (Incidentally, I also credit the military for indoctrinating me to black coffee.) 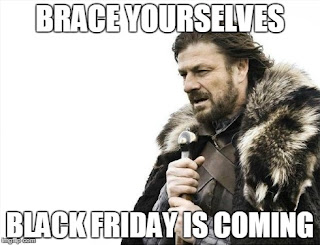 Life in the military is often trial by fire. You’re expected to learn quickly, frequently with little or no instruction, sometimes in high-stakes situations. My deployed position was in many ways make-it-up-as-you-go; Information Operations for use in counterinsurgency/nation-building efforts was a new application. All doctrine was based on Vietnam-era kinetic warfare (direct enemy engagement). There were no standard operating procedures. Our guidance was vague—to the point of, to quote a colleague’s commander, “Sprinkle some IO dust on that.”

The expectation isn’t to instantaneously know the best way to accomplish the mission, but to figure out a good way. Initiative can mean asking for help, using the resources at your disposal to make an informed decision, making a “command decision” (a judgement call), or all of the above. It does NOT mean panicking, wallowing in self-doubt, or being paralyzed into inaction. I use these skills almost every day—particularly these last few weeks as I learn the ropes of a new service-oriented industry. If all else fails, I remember one of the unofficial tenants of public affairs: If you don’t have actual confidence, have pretend confidence. 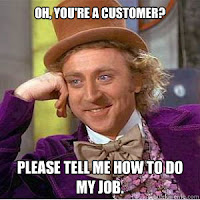 The military expects its members to operate with what they call “a sense of urgency.” Everything you do, whether it’s cleaning your weapon or cleaning your plate, should be done as efficiently as possible. There are a bajillion checklists, fill-in-the-blank templates and step-by-step guides to make this easier. In some situations, though, circumstances call for time-saving procedural deviations (see Adaptability/Initiative).

Speediness often comes into conflict with my perfectionist inclinations—I’ve had to learn to balance my high personal standards with what is reasonable to accomplish effectively in a timely manner and with available resources. Each customer may not have flawlessly gift-wrapped purchases, but they’ll be satisfied, and I can move onto the next customer rather than keeping him/her waiting. 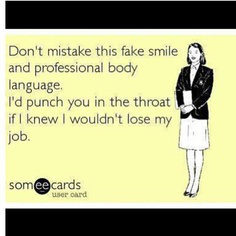 I’m a natural pushover and avoider of confrontation. Governed by emotions and drawn toward peacemaking, I'd prefer to get walked on than make waves. Public affairs is kind of a wave-making entity. I often found myself a lowly lieutenant in a meeting with high-ranking leaders who were focused (understandably) on the immediate tangibles of a situation. PA was an afterthought, when the shit hit the fan. In order to pre-empt mass confusion and/or media and community outrage, I had to proactively speak up and assert my position as the subject matter expert, even when I felt anything but. As a supervisor and ranking officer, I also needed to stand up for my Airmen. I was the buffer between their wellbeing and demanding customers.

Though the stakes are lower in small business retail, my actions still represent the company. I’m still the (actively learning) subject matter expert. Confrontation remains mildly nauseating for me, but I’ve learned that the anticipation is usually worse than the actual event. More often than not, long-term benefits are worth temporary discomfort. 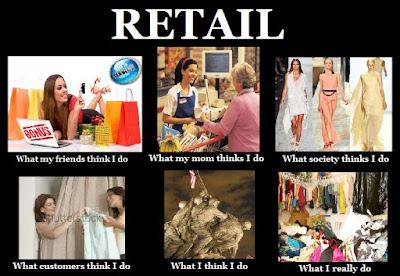 Most situations are preferable to living in a warzone. Being yelled at by a persnickety customer is a hell of a lot better than being yelled at by generals and/or Afghan government officials. Interactions carry very little risk of inciting an international incident. In all likelihood, no one will be injured or killed. As my husband is fond of saying, “At least they’re not shooting at you.”

As always, I’m thankful to be spending the holidays with loved ones and grateful for all who have worked and continue to work to make that possible.

If you're shopping this weekend, please be kind to your salespeople!

November is always a busy month for my husband Colin. A former Army infantryman and Afghanistan vet, now a college professor, veteran advocate, and award-winning poet, he spends the weeks around Veterans’ Day engaging with veteran and non-veteran audiences to raise awareness, increase understanding, and encourage support—his efforts, to borrow a popular tagline, to “bridge the gap” between the communities.

Since I’m not as awesome or poetic as Colin and I’m not joining in on the whirlwind, I’d like to propose a Veterans’ Day challenge:

This week—or this month, or whenever you’re able—engage with three veterans’ stories. Choose any format: read, watch, listen, interview (some suggestions included below); with any veteran, of wars past or present.


Why three? Because no two veterans are the same; a single narrative can’t possibly capture a comprehensive portrait of what it’s like to be a veteran. Neither can three, but my hope is that your perspective will expand ever-so-slightly in different directions. Hopefully, too, you’ll like what you see/read/hear, and continue to seek different narratives far beyond Nov. 11.

In the next few days you’re bound to get word of local Veterans' Day readings, lectures and discussions; radio and TV features and interviews; and commentaries online or in your local paper. Take the time to check out one (or three!)

Here are a few other suggestions (this is by no means a comprehensive list—if you have a favorite veteran narrative or know of a good resource, please share in the comments):

Posted by Lauren Kay Johnson at 6:51 PM No comments: